Chinese Toolbox will try to connect to a server (CT Server) to retrieve global settings, such as the currently available version of the program. After the program accesses the server, program data will begin to load from disk. While loading, the splash screen will appear, and the loading progress bar will advance twice, first for the word dictionary (cedict_ts.u8) and second while loading Chinese Toolbox data files. 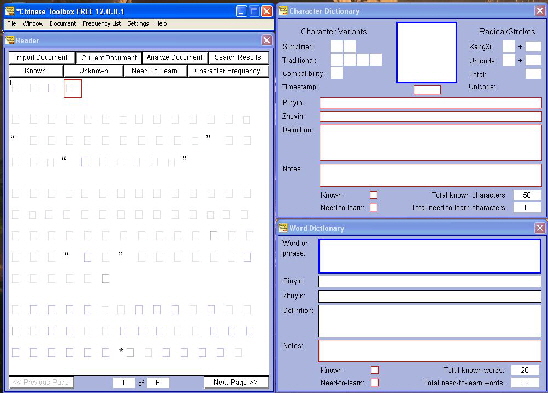 Once loaded, readme.txt will appear in your computer’s default text editing program (usually notepad.exe). This will appear automatically only once. 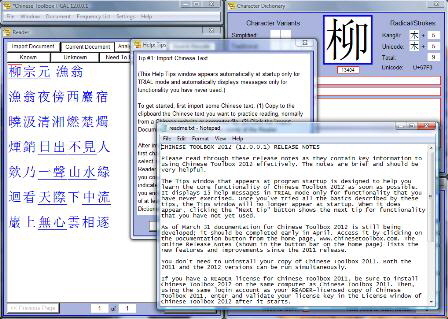 You should read through the readme.txt file before closing it, as it contains the most essential information for getting started with Chinese Toolbox. After closing this window, you should read and understand at least the first few tips shown in the Help Tips window. Each Help Tips message will appear only until you’ve actually tried the functionality described by the tip. Thereafter, the message will not appear again automatically. If a tip is too brief or unclear, click on the “Illustrated help on this tip” button. A web page for the tip will appear with more information, illustrations, and examples to help clarify the concept.